Best of Chess Blogging Part III: What a Wonderful World

And now, Part III of the Best of Chess Blogging! This incorporates everything that has been submitted that I didn't get into Part I and Part II. If I have missed someone's submission please let me know and I'll get it added.

I suggest for maximum enjoyment you play the song below and open the links in new tabs...it really is a wonderful world, that has such people in't!

For instance, GM Nigel Davies. Love his books and his blog, The Chess Improver.
*** 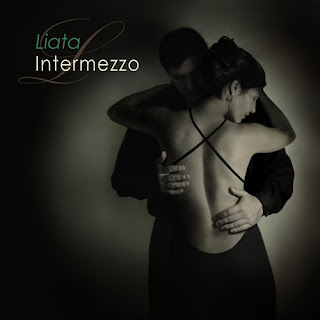 Best Blog, Best Moves!
"I simply can't see past Tim Krabbe's amazing "Chess Curiosities". It's the benchmark for any chess blog in my view and his 101 Greatest Chess Moves is still the daddy!"

"From the Hebden Bridge Chess Club site and my own blog I would pick the following:

Most Popular Post
Statistically our best ever post was Lenin vs Hitler: Who Won? This post has spawned a series of spin offs and I was recently amazed to find that the game featured in this post has been put on You Tube badged as the genuine article. The internet is a wonderful place!

Favorite Post
I wish I could always produce posts like this one about visualization Don't Look Now with interesting content gathered from across the internet and served up with my own perspective. Sadly time rarely permits such strenuous efforts!

Best Game
Not many candidates here! I still have a spot for this ancient game. I've certainly not played many better in the intervening years. Bit of a sad indictment really." (make sure and check this game out, it's a blast! RP)
***
Fabror the Guru: "I would like to contribute in my humble ways": The Act of Learning
﻿
﻿
Tommyg of The Prodigal Pawn is an expert musician and teacher, and he got that way the same way one gets better at chess. PRACTICE! So we appreciate his perspective on chess improvement, as in Chess: A Fresh Perspective

He also came through with:
The difference between Practicing Chess Tactics and Practicing the Application of Chess Tactics, some software reviews and the WORST advice I ever received about chess openings!

"And without a doubt one of my favorite games I have ever played": Another ICC Win!! A Lesson Learned from Capablanca!
***
NM Dana (Mackenzie) Blogs Chess submitted as his best posts: Jerry Hanken on Reshevsky vs. Fischer, "A little-known piece of chess history from the Fischer-Reshevsky match, which I heard from Jerry Hanken."


Maris'd "I get my Life Master certificate, but I find out that it comes with an asterisk."

Who Loves Chess the Most? "Sort of an homage to a very common chess player who has nevertheless done something quite uncommon -- he has quite possibly lost more games than anyone else in the USCF."
***

SonofPearl suggested as his "better efforts":

"Some of my pet niggles came out in 10 Ways You Look Like A Chess Newbie" (A wonderful piece! RP)

"My improvement tips for other lazy players like me," 8 Shortcuts To Chess Improvement

"Lastly, a lighthearted a not terribly serious quiz," Are You Obsessed By Chess?
***
Broken Pawn, let us note, won the 2011 Chess Journalists Award for "Best Blog." Hank Anzis, Prop., gives us his best:

Give the kid a prize!

The beast in me

The social dimension of chess improvement (a very important point!)

When and how much to analyze

BDK deserves much more, and he provided it by his big post Blog Highlights way back in 2007. You'll note that by that date he had already done a LOT of thinking and writing about chess improvement. Also, he kept alive the Chess Blogging Carnival for 2011.

Adventures of Rabin (NM) gave us as his five favorites:

Chess Adventures in Vietnam (published by the USCF)

Rolling Pawns - "Here is my contribution":

Actually, Rolling Pawns has published many, many interesting games on his site and you should look some more of them over.
***﻿﻿﻿﻿
﻿﻿﻿﻿

Chess Skills by James Stripes - James writes, "I'm fond of Pillsbury's Mate (a piece of history that Edward Winter found worthy of mention is his notes)."

Chessmaster vs. Fritz: Analysis ("a clear comparison of the analysis features of two popular computer programs").

Best of the Best: Chess Informant Reader's Contest ("my list of the ten best games since 1966--submitted in a contest that won me $800 worth of CI disks")
*** 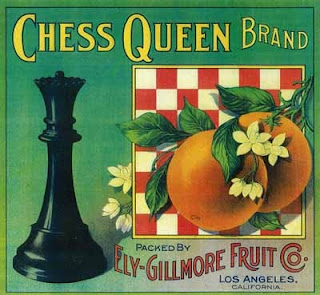 Five sites well worth your perusal whose authors didn't submit any particular posts (or perhaps never heard of this madness:

From Patzer to Master


The Awsomeness that is Blunderprone! (See his sidebar "popular posts" for a start)

Brooklyn 64
***
I originally found Mark Weeks as the chess guy at about.com. He used to do a monthly blog digest there and was kind enough to link this blog several times and that really helped increase readership. In 2008, for whatever reason, Mark and that site parted company and he began blogging at Chess For All Ages. If I may say, about.com blew it! He also does the World Chess Championship Blog and Chess960 (FRC). Mark has spent quite a bit of time archiving his hundreds of articles from About here.

As far as his blogs go, he chose for this collection to gather the three  posts from his three blogs and link them at My Most Popular Posts. You, the reader, can take it from there. Mark Weeks has produced enough quality chess reading to fill several books and I hope you enjoy just browsing around his sites.

Michael Goeller commented, "Well, since you said you were doing classic chess blogs since the beginning of chess blogging, I thought I'd put some together for you and your readers. This is, unfortunately, nowhere near a complete survey, which would be nice to compile but I do have a job and a family and my own blogging addiction to take care of":

Chess Is Fun by Jon Edwards. "This was the first real chess blog, and a model of usability and helpfulness to readers. My favorite posts are those that provide a brief book review, a well annotated game from the book, and -- just in case that were not enough for you -- a complete collection of games from the book! There are lots of great games on the White side of the Najdorf Sicilian, but I focused on some other stuff that interested me. You and your readers should really explore this site."

The Boylston Chess Club Weblog "This was the first major weblog and it did a lot to promote a chess blogging community. Here are some interesting posts, both modern and classic":

Knights to some, de la Mazans to others

GM Kevin Spraggett "So good to see a GM chess blogger out there. Besides the lovely ladies, and the jokes, and the attacks on the Canadian Chess Federation, what I appreciate most are the annotated games (current and classic) and the quizzes. The quizzes most of all":

Her interviews with the USCL players were interesting and well received:

She's a very successful coach: Pictures of her students.

"The Chess Mind One of the first and the best. Unfortunately, Dennis has had to move the blog twice, and one former blog (which had some of his best content) is now completely gone from the web. A terrible loss. His more recent work is solid, but more directed at analyzing the current games than engaging in the sort of things you generally look for in blogs. His analysis of the World Championship games was great":

Karpov vs. Spassky on Television, 1982

Marsh Towers: "His reviews really took off around 2008. However, the quality necessarily dropped a bit, as he often had to review several works in each piece. The past couple years, it has been mostly about music."

Here is a sample of the Marsh Tower book reviews.

"Someone else will have to add The Daily Dirt and The Streatham and Brixton Chess Blog which also deserve attention.

"As for my work, I would add my series on The Panther, which is my all time favorite even if it never got a lot of attention."

It should Michael, it should. Thank you very, very much for all of these great additions!
***
One more site I am going to highly recommend again, is Edward Winter's Chess Notes. If you enjoy chess history and accurate information about players, tournaments and games, this is the place to spend some time. I have recently found several gems to blog about, look for that in the near future!

This concludes The Best Of! Chess Blogging series, excepting any errata or submissions that were overlooked (if so, apologies in advance). It has been laborious but lovely. Enjoy, and please comment and link at your site! 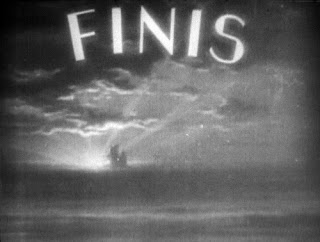 Posted by Robert Pearson at 9:48 PM

So, I can understand enough Cyrillic to parse the "Alexandra Kosteniuk" beneath her photo on that poster, but not sure what the top part says. Also not sure if the strapless dress would pass the latest European dress code either, which would be a shame.

Well, it does seem to be 'a pulled-together, harmonious, complete look with colors, fabrics, shoes and accessories.' Can't see the shoes actually, but I have faith!

Remarkably, last week I was fantasizing about my dream cafe--a place with chess sets, books, good coffee, good wine, nice eats, and where smart, interesting people gathered to argue with civility. In my imagination, there was an old poster of Richard Boone on the wall. How did you know that?

James, you have made my day.

While searching out images to liven up the post I recalled that Paladin's calling card had a knight on it. The images returned by a search contained many of the card, but somehow my attention was caught by Paladin himself. I thought "that reminds me of James." You don't really resemble him so I have no idea where that came from, but that's why they call it the "subconscious."

I love the drummer mug! I gotta get one of those.

Great work on all of this!

Hi friends, we wanted to let you know that there's an interesting opportunity you should not miss - A Value Chat with Grandmaster Dibyendu Barua on Valueabled! You have one whole hour to interact with him, so login to http://www.valueabled.com/values-fraternity/values-fraternity.aspx between 11am and 12pm on 7 June. Hope to see you there!