On Monday I had a wonderful time at the Juneau Chess Club and feel like I made contact again with "Real Chess," since much of my chess activity lately has been blitz on FICS, with the occasional G/15 (I guess that's not blitz) included. This despite the fact that in December I seemingly resolved to stop playing blitz...

Oh, the weakness of the flesh.

The first good thing that happened Monday was that seven people showed up, the most since I started coming a few months ago. We don't generally use clocks for the two-hour club session, so I sat down to play Brian Bezenek at just after 7:00 pm, and two hours and 61 moves later the game ended just before the librarians came to kick us out.

It was a fascinating and subtle struggle. As Black against a King's Indian Attack I won a pawn in the early middle game and in a position with one rook, opposite-colored bishops and most of the pawns left the maneuvering game began. All I needed was an open file for my rook to get into his position and I figured I'd have a great chance to win, but it was fascinating how move after move he prevented me from doing that. Finally I was able to send my bishop on a mission that was like a three-cushion billiard shot around to the rear of his position and win another pawn. Yet it was still a tough game to figure out how to win. My opponent just kept putting up stout resistance. Finally, on the 61st move, with time running out he blundered, but kudos to Brian for toughness.

This was the kind of game I could probably never play at online blitz, where the premium is on moving without too much thinking and attacking something as often as possible. While blitz has its place in the universe, I was reminded Monday that "Real Chess" is just more deeply satisfying, like cotton candy versus roast beef.

We are planning a Juneau City Championship tournament starting May 16. I'll be concentrating on the more serious brand of chess in the meantime.

I'm probably more "scientific" than most, but even if the maggots were, say, 10 percent more effective I would still want the hydrogel rather than have fly larvae squirming around under the bandages...but that's just me.

On the other hand, if they ever have to reattach my thumb or some other part I have no problem with using leeches to help make sure it stays reattached.

You can call that speciest discrimination, but I don't give a damn.

Why not the C-K? Hmm, before reading further you need to click this link...

Now that doesn't represent my real feelings about the Caro-Kann defense, but it's funny, I think I did play it exactly once in all my tournament career, and lost to Darcy Robinson. One loss did not completely determine my attitude toward the C-K, but generally I saw it as passive and somewhat dull. Botvinnik took it up in his later years, when he was old. A pretty consistent King's Indian Defense man against 1. d4 since my early days, I just always figured the Caro didn't suit my supposed style.

A few months ago I gave it a try in some blitz games, mainly for the variety factor mentioned above. I don't even have the one book I own on this opening available (in storage until early May) and so after the first few moves I was basically on my own, just making stuff up, developing pieces and trying to control the center. And guess what? I did fine. I scored pretty well, and the games didn't seem dull in any way. Of course it was blitz, where there's rarely a dull moment, but I began to think the C-K is OK!

After a brief period it occurred to me (I'm sure this is hardly an original insight) that the Caro-Kann is just an improved Center-Counter! WOW! I don't know why I never noticed it as a dedicated Center-Counter practitioner, but after 1. e4 c6 Black can play d5 on move two against anything, and maintain his full and fair share of the center.

So after all these years (going on 27 of tournament play) I finally have some appreciation for the Caro-Kann. Once I actually start learning some book lines, who knows how far it might take me?

Want to be taken somewhere else? Take the "A" Train. But make sure you have the full 9:26 available. This is just magical stuff (h/t Jaltcoh):

Gelfand-Markowski Revisited, or: Who Do You Trust?

A month ago I posted this position from Gelfand-Markowski, 1998 over the label "What's the Best Move?": 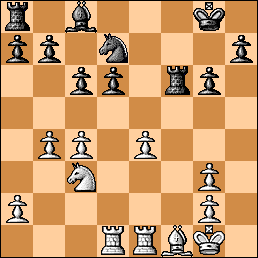 The reason I was interested in the position was that I thought it was a fine example of the kind of play that one can probably never learn from tactics practice of the "Seven Circles" variety.

Grandmaster of Blogging Liquid Egg Product wrote "...I'd have played c5, but seems inferior to the above commenter. Envisioning something like:
1. c5 dxc5
2. Bc4+ K-moves
3. e5 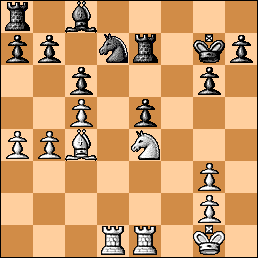 All fine, right? "Gelfand's move opened up the game for all of White's forces to zoom into action and one slip by Black and it was over" is the story line. Anonymous seems to have gotten it right, while Donnie wanted to play the second best move. 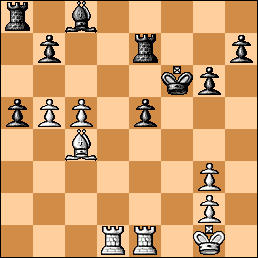 as best, with a tiny edge for Black! One of the engines even thinks Donnie's 22. c5 is (slightly) best in the first game position!

I almost always think that the questions are more interesting than the answers, and so it is here. What do you think?