And so dear friends, once more into the breach: 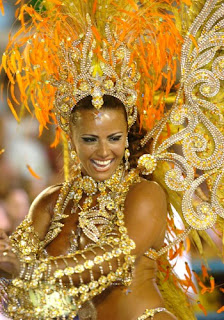 This is a Chess Improvement Blog Carnivàle! (and the accent mark makes all the difference!)

The first five CIBCs are linked in a previous post.

I have taken it upon myself to post everything submitted and add whatever I saw fit. That's what happens when you're large and in charge, baby. So if you find a totally unexpected link, well, that's the way it goes on the WWW!

This month, we have some old friends and some great blogs that were new (to me), so let's get started!

(tanc)happyhippo of http://lousyatchess.blogspot.com/ thoroughly reviews Improve Your Chess Tactics. Buy it, but better, use it.

Mark Weeks, the Sage of Chess for All Ages presents BBC: The Master Game 1980. I happen to have the book covering this event. These shows seem to have been the best chess on television presentations ever. Enjoy the video.

The Duchess of Blunderboro, err, rather, Intermezzo at Hebden Bridge Chess Club presents Pick a piece, any piece. Whether it's srtrictly about improvement, or just good clean fun I do not know, but remember: 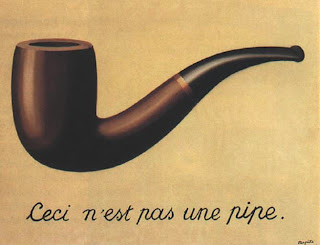 Our main man on drums, tommyg at The Prodigal Pawn sent Summers here, school is out and I have No AC...it might be time to blog again!, a thought-provoking update on his improvement plan.

George Duval (that is, the Mighty Blunderprone) has given us Part 6 ( Finale): Dr. Emanuel Lasker; Old Lions still have sharp teeth. If you thoughtfully study the four games he presents by one of the all-time greats, you will improve.
Takchess, our resident Boston Red Sox fan, submitted AAgaard Attacking Manuals Common Theme. Not to give away too much, but he talks about respect for the game, its difficulties and ambiguities. Bravo!
Liquid Egg Product. Need I say more? Hitler discovers Magnus Carlsen won’t be in the chess world championships. I think the Egg must of hacked Donnie's account. #hacked! You know there's a lot of that going around. And pranks. As a bonus, here's the Real Donnie throwing the kitchen sink in a tournament game and Winning! There was a lot of Winning! going on a month or two ago also, but that's old. Today's word is #hacked. Or maybe Twitter Malfunction.

Bright Knight is a really cool handle. The cool and Empirical One submitted Learning Chess Tactics. Love the title, that's what it's all about! To learn more about the very Empirical Rabbit see his bio. This is the post if you enjoy maths.

Brooklyn64 asked for a shout-out for the upcoming 4th Annual New York International. Since he's a former host of the CIBC, how could I say nyet? Bonus shot: Here are some great annotated games for your viewing pleasure.

Grandmaster Nigel Davies has a great blog up called The Chess Improver, and Rocky Rook sez It's My Favorite Chess Blog. Among the many fine posts the reader of the CIBC might be interested in: Blunder Removal (yeah, a big one), Let it Rip! ("Questions motivate a person to engage their mind far more fully than solutions, orders and certainties. It’s something that lies at the heart of human nature, we just love a mystery.") and What Don't you Like?
﻿
﻿ Let's see, anything else? Katar has a handy page with tactical problem links.

Wang has the Final Chapter of Be the Next You - So what is it that you're looking for? Also, he wins an Open Sicilian (Yay!) That's just for fun, umkay?

LinuxGuy_on_FICS has Goals, and I would note how lucky you are if you get his very accurate and incisive comments on your blog.

Thanks to Founding Father of CIBC Blue Devil Knight for this opportunity! Please let him know via a comment if you'd like to host the Carnivàle, er, now back to Carnival, in July.

For submissions to the July edition got to http://blogcarnival.com/bc/submit_12074.html

Posted by Robert Pearson at 9:00 PM

Nice Work! Thanks for the shout-out for the NY International and linking back to my annotated games. This carnival is such an awesome event and it seems like it just keep snowballing and getting better with each month it's published.

Thanks for the compliment, Robert!

I have to admit that it took me a while to say this because I have been checking out so many of the links from this page!

I like your taste in picking out links. The gorgeous girls doesn't hurt either. ;-)

My blog is still in need of any sign of chess improvement ;-)

Too much good stuff. (I'm almost done working my way through the entire blog.)

I think I actually remember the woman from the top pic appearing in this year's carnival.

So ChessAdmin, are you in Brazil? :)