The Best Of! Chess Blogging, Part I: Openings

Hello and welcome to the first "Best Of" Chess Blogging post. There was so much material submitted, and so much more that I went out and scooped up, that I thought it would be best to break this into several parts.

A few words of introduction. The Chess Blogging Carnival was was run by Blue Devil Knight for all of 2011, sometimes with guest hosts, and before that, there was Jack Le Moine, who I believe started the thing. Now, I've taken the torch.

These "carnivals" were all he rage in the early days of blogging , when "Web 2.0" was still a blurry image on the horizon for most people. One of the best chess bloggers evah, Michael Goeller of The Kenilworthian (new iteration here) wrote about blogging as The New Chess Journalism? back in 2006. It makes for interesting reading 5 and a half years on.

And now, on to The Best Of: Openings! As the first part of the game it might as well be first here.

Most chess teachers tell us that we shouldn't spend much time on openings until we reach Expert/Master/FM/IM/GM (depending on who), but the real realness of reality is that most of us have an interest in getting a good position, or at least avoiding a bad one, right out of the gate. So most chess bloggers have touched on the openings from time to time.

Roman-Chess:  A summary of how I try to work on my openings: 10 steps to a Better Chess Opening Repertoire

The Kenilworthian, metioned above, submitted: 1.e4 e5 2.Nf3 White Repertoire Webliography
and Smith-Morra Gambit Update. Also his series on The Panther. If you don't know what the Panther is, you're missing out, so hit that link! The only problem with this is that he has done scores of other great openings posts, and deserves his own Best Of Carnival. I will get to that soon, just the three for now.

Dana Mackenzie explains Dana's Opening Philosophy. "In one of my most popular posts of all time, I explain why Opening Theory is a scam."

Unlike most of us, Jim West has actually written opening books. He didn't suggest an openings post, but if you want a stimulating opening to study you can buy his Dynamic Philidor Counter Gambit for only $5.95!

GM Kevin Spraggett has a marvelous blog about all kinds of things and Michael Goeller suggested some posts but nothing in the area of openings; here is something marvelous: Louis Paulsen: the founder of of modern opening theory.

Spraggett also features many pictures of, ermm, ladies on his blog, here is a PG sample... 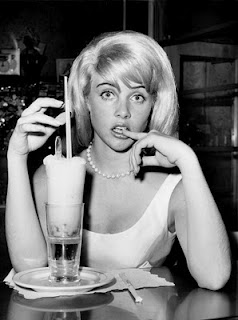 So if you choose to surf over there, you have been warned. The chess content ﻿is marvelous.
Farbror the Guru contributed The Act of Learning [Openings] and provided therein a link to GM Nigel Davies The Chess Improver, When Knowledge Gets in the Way. Farbror also pointed to Greg, who writes about the King's Indian and necessary aggression in Just One Move.
Liquid Egg Product co-blogger The Mascot has also been researching opening lines: 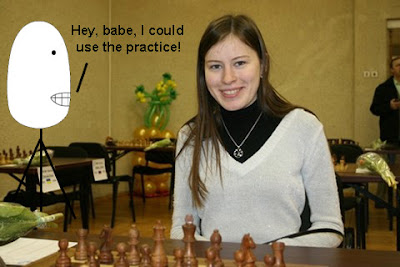 The Path to Chess Mastery, a great new blog that began in 2011, gave us Openings Selection: Initial Considerations.﻿ I commented there, and I will reiterate my opinions, openings are not that important for amateurs as far as the result of any single game, but it is important that the player feels comfortable in what he or she is doing. The quicker and easier one gets to a playable middle game, the more energy and enthusiasm one is going to have to try and win it.
Blunderprone has been one of the best and most entertaining chess bloggers for about five years, and he has a whole series of pawn structure studies on his sidebar that you could profitably peruse. Here is the series introduction with historical perspective.
Here's something you may not have heard about--Wikipedia has pretty good articles on all the main openings, and you can reach them through the main Chess Opening page.
I have occasionally heard players say their openings were "In the repair shop," thus, how to repair anything: 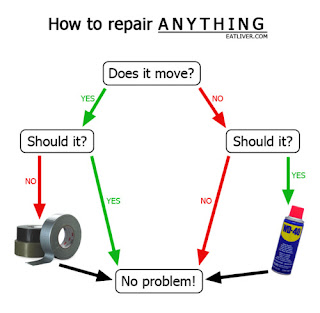 Last and least, I have written some posts on the openings that may, hopefully, be not devoid of interest. If playing black you want to be "In Charge" you might try these. ﻿Over four years ago I wrote a four-part series on the openings. Now I find myself not agreeing with everything I said then! However, there was a lot to like and there are links to all the parts at Part IV.

This concludes the very first Best Of! Chess Blogging Carnival post. There is a LOT more but you will have to wait for a few days for the next one. Stay tuned...

Wow ... you're taking it to a whole new level! Thanks for keeping it alive and even prospering!

Jack Le Moine started the carnival idea in August 2007, with a series of posts on the USCF forum. Most of those posts are in the 'USCF Issues' section, accessible to USCF members only. Searching for the word 'carnival' (what else?) locates them. - Mark

Nonetheless, thanks for a great first Carnival installment.

You have to be shameless if you want to get the girls.

Also, I didn't realize Jack LaLanne did a chess blog. Thought he was all about the juicers and exercise machines.

Anyway, thanks for all the hard work into the epic start for this year's carnival. Next month, we promise to actually submit links (although you clearly had many this month)!

Robert, sorry for the delay but I've been busy. I just wrote an epic long post on the opening. It was both too late and too early to be included here. I just finished it so it couldn't go up in time and since this is a best of Carnival, it's a bit soon. Anyway, there you have it.

PS. Apparently it's been so long since I've responded here, I forgot how to do it, I believe I've commented twice. Apologies.

Wow! This could be one particular of the most helpful blogs We have ever arrive across on this subject. Actually Magnificent. I am also an expert in this topic therefore I can understand your hard work.
Brookstone Anti-Snore Pillow