Diving Into ACIS: "I Would Like, If I May, To Take You On a Strange Journey" 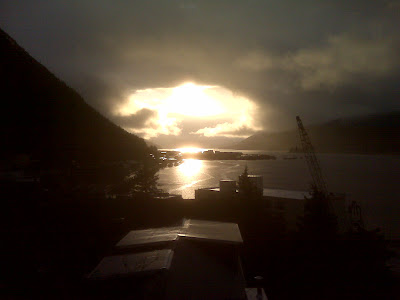 Okay boys and girls, this is going to take a lot of preparation...do not proceed any farther in this post unless you have an hour or two. Or take it in small bites, whatever, but I'm not going to put up the run-of-the mill fluff, this time.

First, in order to understand the title of this post, go watch the fabulous Blunderprone production Rocky Errant Picture Show.

Three years ago I published a little piece called The Crowley-Parsons-Heinlein-Hubbard-Cruise Connection. Please read Part I, Part II. At the time I wrote it, I had not yet seen this article--Whence Came the Stranger: Tracking the Megapattern of Stranger in a Strange Land. And this, about the author of that--"Adam Rostoker: Walking Between Worlds, Not of this World (any longer)."

Ain't the Internet a blast?

And by now, you may ask yourself, what's the point of these seemingly unconnected peregrinations? Quo vadis?

Well...Crowley was a chess player, apparently of master strength, but see at the link how a "mystical experience" put him off pursuit of serious chess. Heinlein certainly appreciated chess, as it appears in a number of his works, including the first move of a "blindfold" game between Captain King and Lazarus Long in Methuselah's Children (Lazarus plays 1. Nf3) and in Time Enough for Love where Lazarus plays his Grandfather and allows Grandpa to recapitulate an entire Steinitz brilliancy (Lazarus foregoes using a computer-generated improvement).

"...including the first move of a "blindfold" game between Captain King and Lazarus Long in Methuselah's Children (Lazarus plays 1. Nf3)..."

Unfortunately, we never learn how the game ended. However, an earlier paragraph notes that Libby had "long ago given up the game for lack of adequate competition," so we can guess.

(Thanks for the correction, Fran. My ed. had the day off...)

I am intensely interested in chess, also in "human potential," self-actualization, self-improvement and all of that jazz. As the ACIS begins to rise, Bold as Love and Wangalicious, I think my love is to concentrate on the mental aspects of chess and improvement, the qualities of mind and spirit that might make for chess success and life success, the joy that can be from more than just winning games.

I've commented on ACIS and also the relationship of chess to my current life on my blog... in that post I also mention Josh Waitzkin, and when I read your post and arrived at this:

"I am intensely interested in chess, also in "human potential," self-actualization, self-improvement and all of that jazz."

I was immediately reminded of Waitzkin. For me, he's the epitomy of the "improver and self-actualizer". If you watch his lectures on Chessmaster, or his Google Author interviews, he has so much to share about his chess improvement, his martial arts improvement, the psychology of the game, the psychology of competition, the art of learning, the art of getting into a flow, of losing yourself in the moment, and he's articulate and a role-model in his own pursuits at that.

I do not agree with Waitzkin in every single respect. For instance, he is very much focused on the competition angle; he is driven by a desire to win and excel. He is a bit like Roger Federer, displaying an "open confidence" in himself that some interpret as arrogance, whereas I would say is a culmination and belief in the knowledge of your own potential. And I can't quite bring myself to muster such zeal and confidence about my own achievements or progress, nor do I feel the sting of competition and the desire to win at all cost as much, although listening to Waitzkin has remedied that to some extent.

In any case, if you haven't heard or explored Josh Waitzkin yet, I can definitely recommend him as a a source for learning, psychology, and chess.

"...including the first move of a "blindfold" game between Captain King and Lazarus Long in Methuselah's Children (Lazarus plays 1. Nf3)..."

Unfortunately, we never learn how the game ended. However, an earlier paragraph notes that Libby had "long ago given up the game for lack of adequate competition," so we can guess.

Fran--that's what I get for relying on memory, when I could have looked it up. Except my copy is somewhere in a box in the attic.

(No, I haven't gotten a chance to read all those articles. But seeing Cruise vs. Lauer was very uplifting.)

@Chunky--I did a review of Waitzkin's awhile back Art of Learning. I was pretty positive, but I have some others that I'll be recommending in another post soon.

@LEP--I get a kick out of watching that every time. Doesn't Matt Lauer truly have the smirkiest face evah? And I do too know about Ritalin, I have it every morning for breakfast.

From the patzer said...

Ritalin for breakfast, you must be a very hyperactive guy then.

Although i am not so into scientology, the things i heard about it and now read make me still believe that it is all about the money and brainwashing them so they dont care a shit to give their money away to them.

But that is my belief, religion. Dont i get money for that? .-)

Looking forward to your next posts about psychology, who knows, maybe next time we go wander with the greats of Corpus Dei.

Who knows where to download XRumer 5.0 Palladium?
Help, please. All recommend this program to effectively advertise on the Internet, this is the best program!

Chess is the reason i write this comment . i searched for tarash pictures & so i found one in ur blog . i want to keep reading your posts ! i don't know why ! may be because of chess ...

by the way , Ritalin is dangerous to use & it only give u more awareness & over 75% concentration for about 4-5 hours . i use it only for my university's exams & it has it's own risks !

is one of the labels that never become outdated. Designing by ed hardy sale one of the best tattoo artists that ever lived, these clothes will clearly deposit the suffering of time- trend sensible. cheap ed hardy Being able to buy clothes that are considered to be forever in tailor is indeed challenging. ed hardy online shop The key to this feat is actually unadorned. ed hardy swimwear You must forever reminisce that in shape, ed hardy hats it is very important that the designs are well-thought of, ed hardy sunglasses and reflects all types of personalities. ed hardy belts If a consumer relates to the mode, then you can be assured that the individual will always feel at diminish with what he is tiresome. ed hardy mens This is the debate why you should actually christian audigier think about what clothes fit your own form before selling them.